Two weeks ago, i was ending the day on a hotel balcony, with all of Athens sprawled out in front of me. With a beer in my hand, and my feet up on the railing. From above, central Athens is arranged so that almost all of it seems like it’s looking up at the Acropolis, lit up and otherworldly from a distance. It’s iconic and recognizable, of course, but more so against the rolling jumble of the urban sprawl. You can waste hours gawking at that view, is what i’m getting at.

Of course, the experience of the city itself is almost the exact opposite of that removed tranquility. Even in winter, it’s teeming with people, people whose presence you simply can’t insulate yourself from, in good ways and bad. It’s anathema to us aloof northeasterners and our quaint concepts of personal space and orderly existence. Fortunately, on vacation, this is fun rather than a crazy-making annoyance. Even the billowing secondhand smoke and occasional aggressive body odor.

First and foremost, they’re selling all manner of things. Ramshackle carts with bright and shiny kettles offer hot beverages. Grilled meats of every variety, of course. Elaborately plumbed carts with festive water fountains splashing over fresh (-looking) coconuts which do not actually seem to be for sale so much as they exist to call attention to some sort of tubular dessert product. Stuff that appears like Jersey shore zeppoles, except covered in cinnamon syrup, or chocolate sauce.

Keeping close watch over these delicacies is a staggering menagerie of stray dogs. The more we walked through town and kept crossing through certain areas, around some subway stations, some of them became recognizable, recurring characters with distinct personalities (e.g. there’s not enough sun on the sidewalk, so i’ll lay in the street, traffic be damned). There are not dozens, there are hundreds in the central city; it’s clear that they’re cared for in some ways, none of them appear starving and some of them even have collars and tags. On the other hand, enough of them limp noticeably that you wonder how many of them have been hit by cars.

As iconic as it is, the Acropolis is mostly less impressive up close, or at least was to me. i found i spent more time looking out at the city than up at the ruins; as fascinating as they are from a distance, up close they seemed barer, less distinct than i’d expected. Couple that with the extent to which there are visibly new pieces, and the effort to replace vulnerable pieces with copies, and for whatever reason, somewhat ironically i found it harder to imagine what it must have been like intact (a visit to the Acropolis museum a couple days later helped out immensely. but with models.).

Out of all the places i’ve been, people in Athens neither stood out as particularly friendly nor unfriendly. We had great hospitality in restaurants and bars for the most part, mostly patient with small doses of attempted assault on their language. Their insistence upon after-dinner dessert or wine, gratis is nice. Better still is the absolute certainty that you’ll get a snack, usually some tasty seasoned dried peas and nuts and crackers, with your beer. They aren’t kidding about the late-night atmosphere either; one bar we went to seemed almost like it was a surrogate living room, except on a vast semi-enclosed patio, open and serving beer and food 24/7.

It’d be easy to get used to, if only i could figure out how they get to work in the morning. i suppose that is, to some extent, part of the problem, which explains the other festivities that we saw. Almost every night we were in Athens, there was some sign of protest, but the big one was Sunday night, and everybody seemed to know it was coming, as so often is the case. Though there were many, many people there, only maybe 30-40 of them were actively throwing rocks (also: oranges, which are plentiful), engaging the police, destroying property, lighting trash cans on fire. And the line of riot police just stood there. Until they didn’t. At which point they chased the hardcore types around Syntagma square, and began boxing everyone in. Including us. Then they closed the box, extruding us progressively onto side streets and down the alleys. With tear gas. At this point, the troublemakers were probably out of sight, regrouping, and i doubt very much if anyone worth arresting was (we did see someone carted off for being a little too insistent about wanting to cross a blocked-off street, which was a little sobering).

Through all that, lefty liberal that i am, i can’t quite even sympathize. i almost certainly don’t have all the facts, but as i understood it, their government provided an abnormally high level of services for them in a variety of forms for a long time, to keep the populace happy, and did a terrible job of reining such things in/actually paying for them during the recession. Having now done so, thus, the riots, apparently.

Anyway, the next day, it was off to the islands. Which apparently no tourists do at all in the ‘winter’, which means it gets into the high thirties at night, maybe. During the day, shorts and t-shirts would suffice for most of us. Anyway, we piled off the ferry on Mykonos, after the ship had mostly emptied out on other more workaday islands, and walked into town. No sign whatsoever of the beautiful people who storm the island in the summer. The bleached-white buildings with brightly-painted trim, split by the narrowest streets you could ever imagine, eerily deserted. A few locals hanging around, kids being picked up from school, but you could turn three corners and be confronted with wall after wall. And cats.

So i pride myself on my sense of direction; heck, i popped out of the subway upon arrival in Athens turned 180˚, started walking, and wound up exactly where we wanted to be. Mykonos, on the other hand, was utterly crazy. Streets are not straight for any longer than perhaps twenty feet, they are completely free of signs, and often without any distinguishing characteristics. Give yourself two or three lefts and rights, and you will be screwed up for sure, upon arrival. Because what you’re grasping for is a landmark, and all you’ve got is the harbor, really, which disappears almost immediately upon entry into the labyrinth. It’s fantastic. It was almost a disappointment to get my bearings.

One final public service announcement. If you’re traveling internationally with someone who’s recently changed their name, make sure the name on the ticket matches the name on the passport.

Here is a tiny little corner of my website devoted to my work.

i’m rob colonna, a mechanical engineer, product design engineer, jack of many trades.  Over nine years, i’ve designed everything from tiny bits of plastic that cost a penny and a half, to coffee makers that cost $100 to giant telecommunications switches that cost millions (full disclosure: i didn’t make the expensive parts).

It’s possible, depending upon when you’re reading this, that i may not be permanently employed.  If so, you should probably hire me to make things for you.

In 2011, I worked on a project for a national brand of marine pump products that was looking to expand into the household market using their existing, proven pump technology.

They came to us with some preconceived notions of how much performance they would get with existing pump and battery selections versus their hypothetical use case.  Experiments and benchmarking showed that likely performance would be far short of what their marketing research suggested would sell.  Beyond the need for a larger battery, they needed to provide a larger pump head for household use than for marine use (picture pumping out a basement versus a dinghy).  We came up with multiple new configurations using their existing technology, and breadboarded proof-of-concept systems to show that they delivered.

After that, my colleagues generated a rugged, user-friendly, stable industrial design, that could be thrown into the flooded space and left to do its job.  Implementation of this as a part-waterproof, part-immersed housing with low cost parts and a minimum number of tools was a fun challenge.

I never bought one, and the project ended short of completion, partially because my former employer shut my office down, but the end product still looks like what we were working on.  Hope everybody that bought one liked it.  Unfortunately, it’s no longer available. 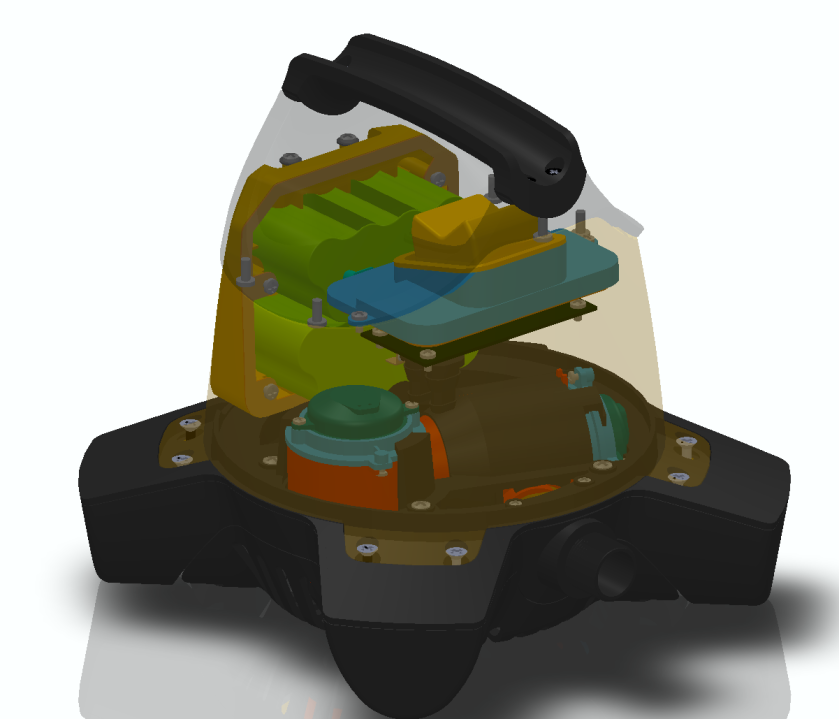 In 2010, with colleagues at a previous employer, I spearheaded the design of a sample preparation tool for use with precision scientific equipment.

While this device is simple in principle, the need for ease of use, certainty of sample integrity, and fast operation drove an aggressive industrial design, which presented a severe engineering challenge–designing a self-sealing manifold with a three-dimensional seal bead.  This required months of detailed prototyping, careful inspection, and CFD analysis to ensure that production parts would balance ease of use with self-sealing function the way we needed it to.

Beyond that, the device was intended to drive sales of a custom disposable optimized for the system.  While the function of this was identical to well-understood production parts, adaptations to it for high throughput meant that processes for assembly and production were as much of a consideration as part design.

In 2006, I had a small part in the first generation design of a successful scientific instrument for a globally recognized life sciences company.  In 2011, with colleagues, I had the opportunity to help redesign it from the ground up.

While the first generation delivered on its promise of reducing wait time to process experiments from hours to minutes, its custom disposables were expensive, and were constantly being reused, leading to inaccurate output.

The new design featured a new system to enable use of a more streamlined disposable, within a reposable, washable frame.  Design and prototyping of this frame system to prove out secure hold, flat and stretched sample area, and fully sealed housing was the focus of our early effort.  ` 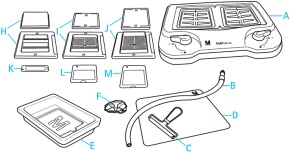 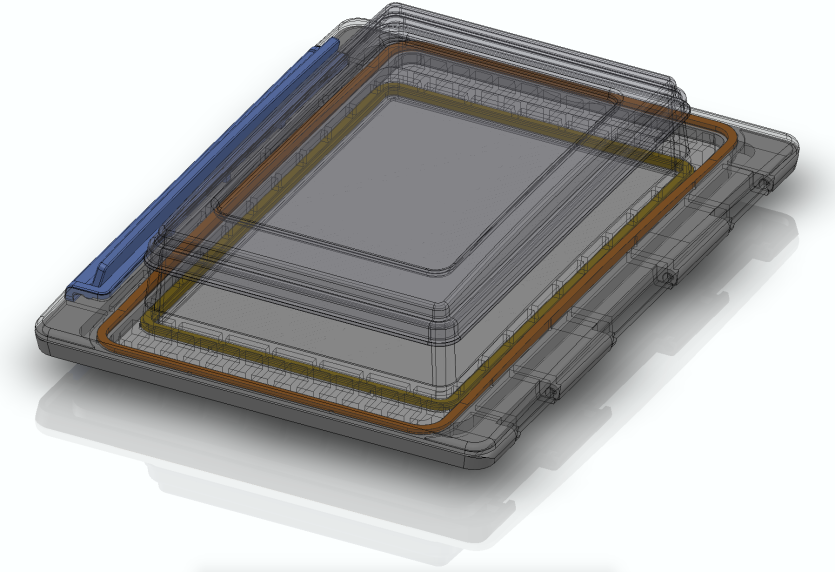 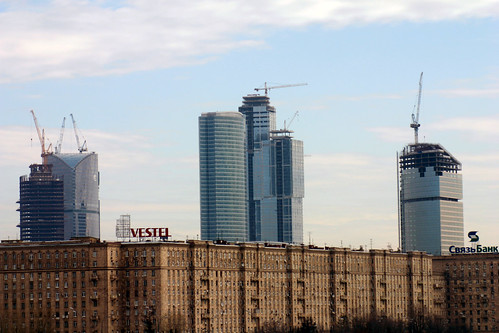 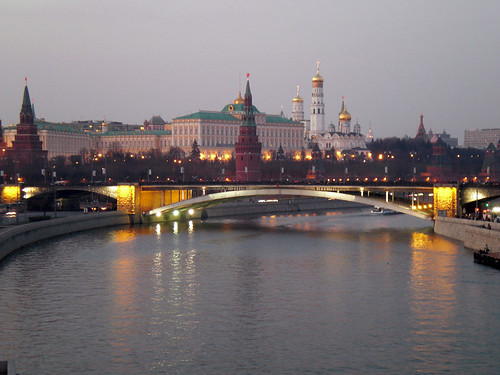